The story of Android 9 Pie isn’t fundamentally different from many of its processors. It is just that this new edition of Android is more focused on improving the performance of the smartphones. However, it is true that this new OS version has certainly bought a lot of new things to the Android handsets. There was already a lot of excitement in the market linked to the release of Pie, especially, after the buzz surrounding iOS 12.

Though, at present, the use of Pie is only restricted to the phones developed by Google. Although, later on, you will surely be able to update other smartphones with this new Android update as well. It is just that you might have to wait a little longer. And, the wait might turn out to be fruitful for you as some of the new features are really amazing.

Android Pie enables the user to pair up to 5 Bluetooth devices together. Isn’t that amazing? Also, you also get the option to swap between these devices flawlessly. In case you get a call, it will be automatically routed to either the accessory which is paired with the Bluetooth or the Bluetooth speaker. It is just that the device should be able to handle the phone calls. Also, the volume level for the paired device has improved. Now, your car’s Bluetooth enabled speakers or your wireless headphones will not crack the sound even after 11.

Now, there is this new Accessibility Menu which is added in the new Android 9 by Google. The user gets the option to enable it if you want to get an icon in the notification bar, to use this feature. This offer allows the user to easily get to the other things. Basically, it smoothens the operations of the Android. Things like calling the Google Assistant, pulling down the notification shade, opening the application switcher, taking screenshots etc. can be done with ease using this option.

A plenty of phones are now adding the feature of blocking the blue light, specifically during the bedtime. This is the light which can keep you up, and disturb your sleep. Therefore, Google has added an outstanding ‘Wind Down’ feature which can be started to discard blue light and then, as your current bedtime is near, it again starts to switch the screen to grayscale. This is done to make the apps look dull. So, that you are not tempted to use your phone.

Slices is a function which is basically a part of the application actions. Though, it is not added yet, but soon, we will see this new feature as well. Slices will help the Android user to gain access to the shortcuts in Google search without wasting any time. It will straightaway open the apps also to help you use the functions of an application.

Though, not all the features that Android users expected can be seen in the OS, still, upgrading your phone to Pie is surely going to advantageous. Fragmentation might be another issue. But, overall if we see, Android Pie is surely one of the most advanced versions of the operating system. 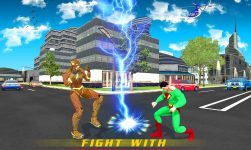 Apps that Your Android Smartphone Must Have

Top Feature Predictions that we may expect in Android 10 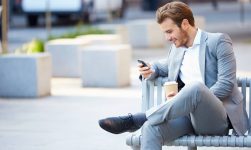 Everything You Need to Know About Mobile Phone Spy Application 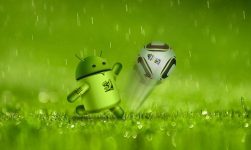